Then Peter came up and said to him, “Lord, how often will my brother sin against me, and I forgive him? As many as seven times?” Jesus said to him, “I do not say to you seven times, but seventy-seven times. “Therefore, the kingdom of heaven may be compared to a king who wished to settle accounts with his servants.  When he began to settle, one was brought to him who owed him ten thousand talents. And since he could not pay, his master ordered him to be sold, with his wife and children and all that he had, and payment to be made. So the servant fell on his knees, imploring him, ‘Have patience with me, and I will pay you everything.’ And out of pity for him, the master of that servant released him and forgave him the debt. But when that same servant went out, he found one of his fellow servants who owed him a hundred denarii, and seizing him, he began to choke him, saying, ‘Pay what you owe.’ So, his fellow servant fell down and pleaded with him, ‘Have patience with me, and I will pay you.’ He refused and went and put him in prison until he should pay the debt. When his fellow servants saw what had taken place, they were greatly distressed, and they went and reported to their master all that had taken place. Then his master summoned him and said to him, ‘You wicked servant! I forgave you all that debt because you pleaded with me. And should not you have had mercy on your fellow servant, as I had mercy on you?’ And in anger his master delivered him to the jailers, until he should pay all his debt. So, also my heavenly Father will do to every one of you, if you do not forgive your brother from your heart.”

Peter asked Jesus this very good question: “Lord, how often will my brother sin against me, and I forgive him? As many as seven times?” Good question. You see, Peter is our guy, our brother.

He wants to find out how much we need to do to be good people, good disciples of Jesus. What is enough? We need to commend him, for he goes a long way. Are seven times enough? Seven times?!

Just imagine someone sinning against you, insulting, hurting you, whatever the case this, and doing it again and again, and again. How many times would you forgive? Seven seems rather big a number.

Peter speaks as one of us. We can relate to what he says. And we can also relate to his desire to know the rules of this game. How can I win? How can I get the main prize? How much do I need to do? We all tend to think this way.

But then Jesus replies and ruins the whole thing. Jesus doesn’t speak like one of us. What He says doesn’t make sense from human perspective. It makes sense only from God’s perspective. Only from the perspective of God’s Kingdom.

And this is what Jesus wants to teach us. How to see things with His eyes. How to renew our minds so that our thinking and actions are conformed to the will of the Father. So that we could, indeed, be of any use as God builds His Kingdom.

“Seven, brother? No… no… but seventy-seven time.” This by the way can be translated both as seventy-seven, and seventy times seven, which would be four hundred and ninety. Both are bad. Both hurt when you think about them.

What Jesus says next in this parable is very important for us if we want to live as His disciples. So, let’s focus and listen carefully. Jesus gives us three case studies, and indicates clearly which one we need to be guided by.

Forgiveness is what restores these broken relationships. It takes two sides to restore them fully. The one, who has sinned, needs to repent and ask for forgiveness. The one, who was sinned against, needs to forgive.

Let’s look at our three case studies. First. This king summons his slaves to settle accounts. I use the word slave, not the word servant, for that is what the Greek text uses. And it ads something important. One could be a servant voluntarily. Then you are under a contract.

As a slave, on the other hand, you belong to your master. It doesn’t mean that you are poor. Not at all. And as you can see from this parable, and that was common in Jesus’ time, you could be someone’s slave, and still be very rich.

Now, one of the master’s slaves was brought to him, who owed the king ten thousand talents. To say that this is a lot of money is understatement. For we know how much it was.

As the slave couldn’t pay, he was sentenced to prison until he pays it, basically forever. But then this slave begun to beg for mercy, promising to repay the whole debt. Out of compassion the king released him and forgave him his debt.

Second case. The forgiven slave went out, with his astronomic debt forgiven, and then met a fellow slave who owed him. Again, we are talking about rather significant amount of money. In today’s value, around 20 000 dollars.

What did he do? He seized him and begun to choke him. Give me my money! The other slave was begging for mercy and pledged that he will repay his debt, but the first slave just wouldn’t listen, and put him in prison.

Now, before we look at the third case, let’s examine these two a little closer. What do you think, where are we in this parable? We are not the king, that’s for sure. We can only be the slaves. That’s us.

God is the king. We all already belong to Him. The Earth and all on it. He created us. And He has blessed us beyond the measure. Everything we have and everything we are we have received and continually keep receiving from Him.

Every heartbeat, every breath, every slice of bread and cup of water. Every day that we live on this planet, every person in our lives, every smile, and every hug, every opportunity, everything from the greatest till the smallest things.

Our God is generous king. Prodigally generous. He pours over us His blessings which we are not even able to comprehend, much less to fully appreciate, and certainly not to repay. And He has created us for certain kind of life.

And this happens tens and hundreds times every day, with all of us. Our debt is astronomic. The Good News, the Great News for us is that our King is compassionate and merciful, abundant in His grace and forgiveness.

Whatever large your debts, He forgives us, all of it, as soon as we ask for forgiveness. He does. Here is something alarming in this parable. The first slave asked for forgives and was forgiven. But was he genuine in his repentance?

And the answer from this parable is, – no, he wasn’t. He abused his masters grace and compassion. He wanted to save his life, sure, but he didn’t want to extend the grace that he had received to others.

This is often our problem. We want to be forgiven. We do. We fear our God’s wrath, and we want no debt on the Last Day. But we often fail to extend what we have so abundantly received. We withhold forgiveness from others.

This is what the second case illustrates. That the first slave didn’t appreciated the grace that was given to him. He was forgiven more than he would ever be able to repay. But it didn’t change His heart and life.

He went ahead to seize and choke his mate, and to throw him in prison. For what? For sometimes incomparably smaller that his own debt. He took the grace that he had received for granted. As if it didn’t put any obligation on him.

It didn’t end well for him. His master threw him in prison, for after being forgiven so much, he had not forgiven his fellow a little. Then Jesus warns us: “So, also my heavenly Father will do to every one of you, if you do not forgive your brother from your heart.”

It is the one, where we think and act as Christians, not as pagans. In this case we see things as God reveals them to us. The Holy Spirit enables us to see them as they are. That we all are in debt to our Heavenly Father. Our debt if huge.

We can’t even understand how huge. We probably would fall dead if we could understand it clearly. But there is something infinitely greater that our debts. That is our God’s grace.

He is our King and Master and He comes to us to restore our relationships. He brings and offers His forgiveness. To everyone. It doesn’t matter how large your debt is humanly thinking.

Even if you were the worst person who has ever lived, His grace is much greater. He forgives you and grants you freedom. There are no conditions attached to receive His grace. It is freely given to anyone, who asks for it.

Even if you ask for it not for the first time, not for the seventh, but maybe for seventy-seventh. This is how our God builds His Kingdom. He drowns our old selves in the ocean of His grace. Until our hearts are soaked with His grace, and we begin to desire what our Lord expect from us. What is it?

He teaches us how to build His Kingdom. He does it first, as loving Father, and then encourages us, as His children, to imitate Him. He forgives us ten thousand talents, and He expects that we will forgive 100 denarii.

This is how we participate in building God’s Kingdom. When we restore relationships by extending God’s grace to those who have sinned against us. When we make the first step. When we approach those whom sin has separated from us. You know and I know that it is not easy. And it is costly.

And we may not feel up to it. Our emotions may riot, our hearts may not be able to forget what has been done to us. Or our pride may fight against making the first step and asking for forgiveness. That’s true. This is how our old self fights against God’s Kingdom. But it doesn’t stop God’s grace to flow through us. His forgiveness is like a mighty stream that flows through dirty tubes, that is – us, it washes us clean from inside, and it flows through us to our neighbours.

Of course, when you forgive someone their debt, it costs you. Sometimes our money, sometimes our pride, sometimes our desire for justice. Don’t count the cost. Be generous. Be gracious. Remember, we belong to our Master.

And He is great and generous Master. There is no shortage with this King. He will provide for everything you need as He has done so far. This is what Jesus wants us to know. This is how we are to think and act. This is how the Kingdom is built. Forgiveness does it. 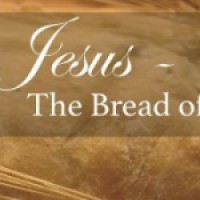