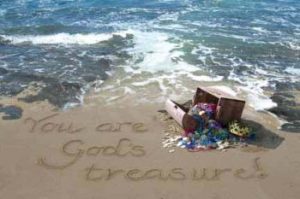 We are still in the same chapter thirteen of the Gospel according to Matthew, where Jesus continues to tell us the parables of God’s Kingdom. Today we heard five more of them.

And they tell us exactly what we need to hear today in our situation. That is three things. Encouragement, shock and task. That’s right. Encouragement. Shock. And task. Let us hear what our Lord is saying to us today.

First, encouragement. We always need it. Jesus’ disciples always need it. They needed it even when Jesus was together with them. They had left their previous lives. Huge sacrifice. They had followed their teacher.

They had had great hopes and dreams about what may happen. But then, at the time when Jesus told them these parables, they were stuck with their teacher somewhere in Galilee.

The hostility against Jesus was raising. Instead of rejoicing in Jesus’ message, the Church of that time became more and more hostile towards Jesus and His followers.

And His disciples were concerned. Disheartened. Of course. They had been hoping for good things, recognition of their teacher, and, of course, their own recognition as well. We all desire it, we crave it. Don’t we?

It is so nice to receive recognition and glory from people. Who doesn’t want it? Disciples wanted it. And, be honest, we want it. At least I can speak about myself. When you do your best, when you put your heart in bringing people the greatest gift of all, the eternal life with the Holy God, you expect at least joy and gratitude. At least. But, in fact, what Christians often receive is rejection, ridicule, mocking. “But we are bringing you eternal life, undeserved and precious gift of God, something you could never obtain on your own.”

“Go away with your religion…” And often we face indifference and complacency even among those who claim to be Christians. “We are fine. Just leave us be.”

We are not in unique situation when people are indifferent to Jesus. We are not unique when we are rejected and despised. Jesus was too, as were His disciples. And this is, why Jesus told them these two parables about a grain of mustard seed and about leaven.

But what is it like in this age? Want to know? Just look around. Ordinary people. No splendor. No glory. Now think about sports events, or cultural events, or political events.

There are crowds and multitudes. Excitement, appreciation, worship, with hearts and minds, true devotion. Now look around here. Look at us. We are like a mustard see. The smallest, and when you look at it, the least significant of all communities. The Church. The Kingdom of God.

We can feel almost ashamed and embarrassed to apply phrases like ‘the Kingdom of God’ to ourselves. We look so inferior and unattractive in the eyes of this world that it is hard to imagine why would anyone ever may be interested in joining us.

He sees things as they truly are. He knows exactly what He is up to. He knows what He will do when this age is over. The truth will be revealed. The Kingdom of God will appear in all its heavenly splendor and glory.

What Jesus tells us in these parables is that, when the Kingdom is revealed, it will be greater than anything we can imagine. Then all His chosen people will appear in transformed new heavenly bodies, then the glory of the Son of God will be revealed to every living creature.

This will be the day, where all hopes and dreams of God’s faithful will come to their fulfillment. The day of divine joy, of never ending joy and celebration with all the saints and angels. With all of them.

Look around and see that Jesus was right. The Church looks small and ordinary. Then close your eyes and pray that the Holy Spirit helps you to imagine what is to come. For Jesus is right also in this – the Kingdom will be revealed, and it will be even greater than we dream about it. This is His encouragement to you.

Now, in the next two parables Jesus reveals to us something shocking. I think it is because of our sinfulness, that we have become obtuse and incapable of appropriate response that these words of Jesus demand. We have become shallow and unable to experience true owe.

The next two parables speak about a man who finds something precious. Something that precious that He is ready to sell everything just to obtain it. In one case, it is the hidden treasure, in the other, the most beautiful pearl.

You know what these parables are about, right? Are they about us? We are the man who find the hidden treasure. We are the merchant that finds the pearl of the greatest valued. The treasure and the pearl of course is the Gospel of Jesus.

The Good News of the Kingdom of God. The Good News that in Jesus God has reconciled us with Himself, and opened to us doors to eternal life. He wants us with Him and He Himself calls us and invites us.

Who followed Him not counting the cost. I don’t know… We all love this world too much. We all have many things that we care about more than about Jesus and His Kingdom. This picture of the man selling everything doesn’t seem to be a correct description of us.

We are to be shocked. This is shocking. This is unbelievable and truly awesome. In proper sense of this word. That the Son of God, the almighty, holy, eternal God considers you to be His greatest treasure.

He considers you that precious that He is ready to give up everything, even His heavenly glory, even His life as Jesus from Nazareth, dying on the cross, so that only He could purchase you. Not with silver or gold.

But with His innocent sufferings and death. Why? You must know this. So that you may be His own. So that He may have you with Him. You, His treasure, in His Kingdom, to live with Jesus forever, in everlasting innocence and blessedness.

If hearing this we are not shocked and shaken till the depth of our being, it is because of our sinfulness and darkness of our hearts. That is because we can’t comprehend the divine riches that these words reveal to us.

You are God’s greatest treasure. You are Jesus’ the most precious pearl. He sold everything to purchase you. Now, you are His own, you belong to Him. Yes, we still look ordinary and insignificant.

But the day comes, and it is not that far away, when the truth will be reveal. When you will see the One who purchased you face to face, and will rejoice with divine and everlasting joy.  It is most certainly true.

Finally, about our task. Jesus tells the parable about the net. This one is again about the same topic that we already have been hearing so much. About the very reason that we are here.

You know what I am going to say, right? The thing is that it is not simply your pastor saying something that he has on his mind. If you find that I speak something that is contrary to what Jesus says, then don’t hesitate to bring it to my attention. And I will be grateful for that.

But it’s not simply your pastor speaking. It is, indeed, Jesus Himself talking to you. He compares His Kingdom with a net. We are this net. The world is the sea. And we are here to gather fish of every kind.

You see, the net is not full yet. The Triune God hasn’t gathered all His people yet. He is still waiting for many more to be saved and to come to the knowledge of truth. When the net is full, comes the end of this age.

Then Jesus will send His angels to separate the evil from the righteousness. The net is not full yet. There are still people out there, who need to hear what God has done in Jesus for them, and what He has prepared for them. They need to hear the Good News spoken to them.

For, remember, when we speak Jesus’ message, when we speak His words as His messengers, who is at work? Yes, the Holy Spirit Himself is at work, changing people’s hearts. Enlightening them with divine light.

Calling them closer to Jesus. Re-making them from the enemies of God, into His beloved children. This is, why we are here. To fish. For when the net is full, this age comes to the end.

Now He entrusts us this wonderful privilege to work with Him, and by the grace of the Holy Spirit to try to catch a few more fish until His net is full.

28th of June
Service of the Word
9:00 am on PastorsBlog.com.au

5th of July
Service of the Word
9:00 am on PastorsBlog.com.au

12th of July
Service of the Word
9:00 am on PastorsBlog.com.au

19th of July
Service of the Word
9:00 am on PastorsBlog.com.au

26th of July
Service of the Word
9:00 am on PastorsBlog.com.au 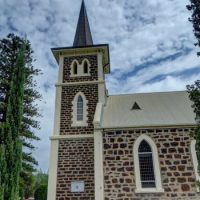 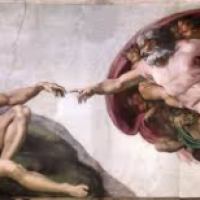 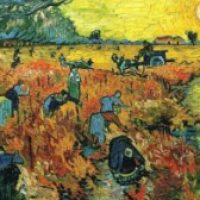 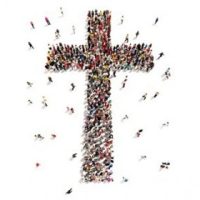 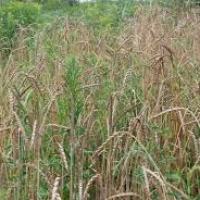 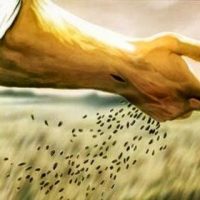