This is so needed an insight for Australians.

Like me, my mother was not a perfect wife. She was, however, a remarkable and compassionate woman. And she was fiercely devoted to my father, so much so that five years after he died, she couldn’t bring herself to even kiss the man who fell in love with her at the independent living facility where she lived for a year and a half before she too passed away. The man wanted to marry her, but it was out of the question. In my mother’s mind, there was only one man for her. That he was gone and she was technically available was beside the point.

Despite my mother’s allegiance to my father, she never quite mastered wifedom—for one reason: she was wholly unyielding.

With my mother, everything was a fight. Everything was “No” unless she determined it was appropriate to say yes. If my mother wasn’t the one who made the decision, the decision couldn’t possibly be good. Every so often she would appear to cede to my father’s wishes, but only if she happened to agree with him.

Indeed, my mother was the quintessential alpha wife. An alpha wife micromanages, delegates and makes most or even all of the decisions. She is, quite simply, the Boss.

Every relationship requires a masculine and a feminine energy to thrive. If women want to find peace with men, they must find their feminine—that is where their real power lies.

Alpha women aren’t exactly new, but they were once a rarer breed. Today they abound. There are several reasons why, but it’s in large part due to women having been groomed to be leaders rather than to be wives. Simply put, women have become too much like men. They’re too competitive. Too masculine. Too alpha.

That may get them ahead at work. But when it comes to love, it will land them in a ditch.

Every relationship requires a masculine and a feminine energy to thrive. If women want to find peace with men, they must find their feminine—that is where their real power lies. Being feminine isn’t about being beautiful or svelte, or even about wearing high heels (although those things are nice). Being feminine is a state of mind. It’s an attitude.

In essence, being feminine means being nice. It means being soft instead of hard. And by “nice,” I don’t mean you should become a mouse. (That’s the narrative the culture sells, but that doesn’t make it true.) Men love women who are fun and feisty and who know their own mind! But they don’t want a woman who tells them what to do. As a man named Chuck once wrote on my site: “A strong woman is awesome. But she must be inviting and be able to mesh into an actual relationship. Needing to dominate and overpower, that is a no go.”

The roles may have changed, but the rules haven’t. All a good man wants is for his wife to be happy, and he will go to great lengths to make it happen. He’ll even support his wife’s ideas, plans or opinions if he doesn’t agree with them. That’s because a husband’s number one goal is to please his wife. If he determines his wife cannot be pleased, that’s when the marriage is in trouble.

Men are just so much simpler than women. Not simple as in dumb, as is often portrayed in the media. Simple in that they have far fewer needs than women do. What men want most of all is respect, companionship and sex. If you supply these basics, your husband will do anything for you—slay the dragons, kill the beast, work three jobs, etc. Men will happily do this if, and only if, they are loved well in return. It is when men are not loved well that problems arise. That is the nature of the male-female dance.

Now I know what you’re thinking: that I’m putting everything on you. I am, and I’m not. Your husband is 100% responsible for his own actions. If he makes stupid choices, such as getting repeatedly drunk, it’s his job to own up to that behavior and stop it. Same goes for his emotional outbursts, if he has them, or his not coming home when he said he would. Or even his having an affair.

What I am saying is that men tend to follow women’s lead. Your husband’s actions are more often than not reactions. He’s reacting to something you said or did, or to something you didn’t say or didn’t do. He’s reacting to your moods, your gestures, your inflections and your tone. That’s how men are. Your husband wants you to be happy, and when he sees it isn’t working he thinks he’s failed. That’s when he acts out.

Another way to think about the male-female dance is to consider the game of chess. In chess, the king is the most important piece but also one of the weakest. He can only move one square in any direction—up, down, to the sides, and diagonally. The queen, however, is the most powerful piece. She can move in any one direction—forward, backward, sideways, or diagonally. And how she moves affects how he moves.

As a woman, you can respond to this dynamic in one of two ways: you can resent it, or you can embrace it. I used to resent it. I’d think to myself, How can I possibly make sure my husband isn’t negatively affected by my every mood swing? I’m a Pisces, for God’s sake! My moods shift with the wind! Plus, why am I responsible for my husband’s reactions? The whole thing seemed like a whole lot of pressure, not to mention unfair.

As a result, I embraced my alpha personality as though it were a baby in need of protection. If my husband chose me, obviously he likes that about me. Why should I have to change? Who would I be if I changed? And how could I be someone different, even if I wanted to?

But my alpha ways were bumping up against his alpha nature. We were like two bulls hanging out in the same pen together, and there was too much friction. And because I had zero interest in my husband adopting a more feminine role, I set about to become the feminine creature our culture insists women not be.

And here’s what I learned: It’s liberating to be a beta!

I’m an alpha all day long, and it gets tiresome. I concede that I thrive on it; but at the end of the day, I’m spent. Self-reliance is exhausting. Making all the decisions is exhausting. Driving the car, literally or figuratively, is exhausting.

It took me a ridiculously long time to get it. But once I did, once I accepted that the energy I exude and the way I approach my husband directly affects his response and behavior, I changed my tune. And when I did, something happened.

Well, almost like that. It was a lot of stop and go at first. First I’d handle something the “right” way—i.e. by not arguing with him, or by not directing his traffic, or by being more service-oriented—and marvel at the response. Then life would get busy, and I’d resort to my old ways. Sure enough, I’d get a different response. So I’d make a mental note of how I messed up and make sure to get it right the next time. Eventually, it became second nature.

It’s like weight loss. Once you realize that diet and exercise is the only way to stay fit, and that sugar and carbs create fat, a light bulb goes off in your head. You’ve unlocked the code to keeping your weight in check. Even if you fall off the wagon (and you will), you’ll know what to do to get back on track.

That’s what it’s like to love a man. Once you learn how, you’re good to go. You have all the tools you need.

But you have to use them. 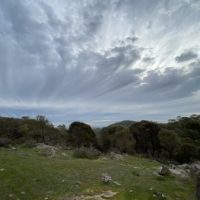 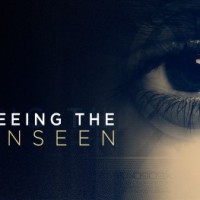