20+ Sociological Reasons Not to Live Together Before Marriage.

Those who live together have more difficulty resolving conflicts.
Attempts are made to resolve conflicts with a hug, kiss, or more–rather than developing the ability to talk through them. The qualities that hold a relationship together – trust, honesty, openness, deep friendship, spiritual intimacy – take time and effort to develop. When you focus on the physical aspect, you short-circuit that process. Physical intimacy is a mistaken attempt to quickly build emotional bridges, but relationships built on such an inadequate foundation eventually collapse. A recent study at Penn State University (Brown & Booth 1997) comparing the relationship qualities of 682 cohabitors and 6,881 marrieds, (both White and Black, aged 19 to 48 years of age), found that cohabitors argue, shout and hit more than married couples.

Those who live together before marriage can kill the romance.
A woman most often see living together as romantic, while the man views the arrangement a “practical” solution that will help them iron out differences and strengthen their love (Scott 1994:80). In fact, live-in couples may find it harder to build lasting love precisely because they have lost their starry-eyed, romantic “illusions.”

Those who live together before marriage often lay a foundation of distrust and lack of respect.
Mature love is built on the security of knowing that your love is exclusive. There is no one else. Premarital intimacy causes you to wonder: “If he or she has this little control with me now, have there been others before me and will there be others in the future too?” As suspicion and distrust increase, you slowly lose respect or the other person. The trust factor is an important ingredient in a healthy marriage–the knowledge that each partner can relax and be him/herself at the most intimate level without the fear of doing something that will drive the other away — is missing from the living-together arrangement (Anonymous n.d.). Premarital sex lays the groundwork for comparisons, suspicions, and mistrust. Real trust grows in the context of the life-long commitment within a monogamous relationship of marriage.

Those who live together do not experience the best sex.
The best sex is found in the marriage relationship. It is reported that if a couple abstains from sex before marriage, they are 29 to 47 percent more likely to enjoy sex afterward. In a study by Dr. Evelyn Duvall and Dr. Judson Landis, evidence was found that premarital sex was not as satisfying. A study by Linda Waite, Ph.D., a sociologist at the University of Chicago and reported in “Psychology Today,” found the frequency of satisfaction rose considerably after couples adapted during marriage. Married people lead more active sex lives. While cohabiting couples have similarly high levels of sex, married men and women have more satisfaction in the bedroom. That’s because married people know the tastes of their partner better and can safely cater to them, while the emotional investment in the relationship boosts the thrill. A recent Michigan study, found that individuals who have never cohabited outside of marriage were more likely to rate their relationships stronger than those who have cohabited (49% of non-cohabitors rated their relationship a “10,” compared to 36% of those who have cohabited) (Michigan Family Forum 1998). In another recent study by the Family Research Council titled “What’s Marriage Got to Do With It?” found “72 percent of all married ‘traditionalists’ (those who strongly believe out of wedlock sex is wrong) report high sexual satisfaction. This is roughly 31 percentage points higher than the level registered by unmarried ‘nontraditionalists.'” Sexual happiness grows only through years of intimate relationship. The height of sexual pleasure, usually comes after ten to twenty years of marriage (Fryling 1995). Good sex, Frying says, begins in the head. It depends on intimate knowledge of your partner. The Bible uses the words “to know” to describe sexual intercourse (e.g., Adam “knew his wife Eve, and she conceived and bore” a son (Gen. 4:1). Real love described in scripture elevates human sexuality from mere animal sex to intimate expressions of love and commitment. Psychiatrist and medical researcher David Larson, after researching the subject with Mary Ann Mayo, says that “The most religious women are most satisfied with the frequency of intercourse…and were more orgasmic than are the nonreligious” (Larson and Mayo 1994:14).

18th of October
The Divine Service
Grace Tanunda: 9:00am
Schoenborn: 10:30am
Service of the Word
Available on PastorsBlog.com.au 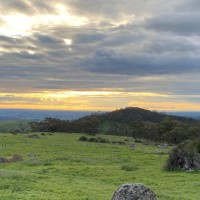 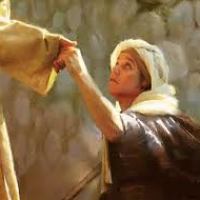